Life Itself Shows the Fingerprints of Intelligence

Last year, I debated atheist Richard Carrier on the question "Does God Exist?" I'd like to review some of the arguments I made during that debate and Carrier's responses. If you'd like to see the entire debate, you can do so on the Come Reason YouTube channel. You can also receive a DVD of the debate, along with a bunch of bonus features by making a donation to the ministry here. 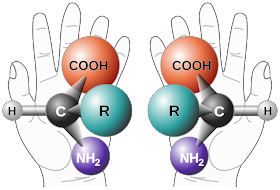 One of the points I offered for God's existence is the fact that  life itself shows the fingerprints of intelligence. In the debate, I argued:


In all of human existence, it has been readily understood that life comes from life, since at no time have humans ever observed anything else.  And now, science has amassed even more evidence for the absolute uniqueness of living systems as non-random, information-bearing systems.

Human beings have consistently recognized that highly specified information—from cave drawings to computer systems—are always the result of an intelligent mind.  The identifying features of intelligence are:
Code-breakers in World War II and scientists who search for signs of extra-terrestrial life both use these criteria in separating what is natural and what is the sign of a mind a work.

Now, when we look inside living cells, we see that they exhibit the same marks of intelligence.  For example some of the simplest bacteria have a DNA molecule which is about 4,000,000 nucleotides long.  These nucleotides need to be in just the right order or the bacteria could not live.  In fact, Gustaf Arrhenius states that there are more possible nucleotide sequences than there are atoms in the universe.  Yet, these are ordered perfectly in living systems to build the proteins necessary for life.

Secondly, amino acids, the workhorses that build proteins, are selected perfectly, too.  Amino acids are what are known as "handed," that is they occur in two shapes that mirror each other like a left and right hand.  Each of these types is equally distributed in nature: the odds of each are 50% and they will bond to the RNA molecule equally well.  But ALL biological proteins must use ONLY left handed amino acids for life to exist.  So, how can you have an RNA molecule form randomly but only select the left-handed acids?  Given that bacteria are, for e.g., 4 million nucleotides long, how can they assemble by chance to use only left-handed acids?

These and other reasons are why MIT mathematician Murray Eden has stated that the chance emergence of life from non-life is impossible.  Francis Crick, the co-discoverer of DNA, also famously stated "the origin of life appears at the moment to be almost a miracle."  DNA and molecular systems required for life are specific and complex enough to rule out chance.  And since complex systems that are specific are also a sign of an intelligent mind, it is reasonable to hold that "intelligence" is responsible for life.

Tomorrow, I will discuss Carrier's response to this line of argumentation.
Lenny Esposito at 10:54 AM