Have We Lost the Christian Mind? 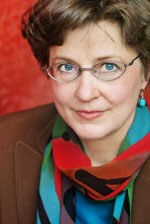 Many believers have absorbed the fact/value, public/private dichotomy, restricting faith to the religious sphere while adopting whatever views are current in their professional or social circles. … The problem was phrased succinctly by Harry Blamires: "There is no longer a Christian mind."

...What did [Blamires] mean? To say that there is no Christian mind means that believers may be highly educated in terms of technical proficiency, and yet have no biblical worldview for interpreting the subject matter of their field. "We speak of the 'modern mind', and of the 'scientific mind', using that word 'mind' of a collectively accepted set of notions and attitudes," Blamires explains. But we have lost the Christian mind. There is now no shared, biblically based set of assumptions on subjects like law, education, economics, politics, science, or the arts. As a moral being, the Christian follows the biblical ethic. As a spiritual being, he prays and attends worship services. But as a thinking Christian, he has succumbed to secularism.