How Does One Define Morality? 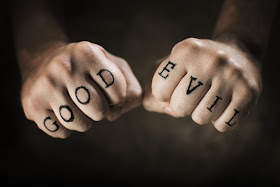 In my posts on natural marriage and the recent Supreme Court decision on DOMA, I had made the claim that the Supreme Court cannot define morality. There are many people in the world who will claim that simply because an action is legal it is thus moral; I argue that the former does not necessarily imply the latter. But others have been confused on how I can make such a claim. So, I'd like to back up a bit and talk about just what I mean when I speak of morals and morality.


1. The Emotive Definition of Morality

The emotive definition of morality simply holds that moral statements are expressing an emotional value to an action but they hold no compulsive value. This view was made popular by empiricists, people who claim that in order for any statement to have meaning it must able to be measured through sensory experience.  They hold that since moral claims exist outside of empirical reality, they are really "pseudo-concepts". [2]  The philosopher A.J. Ayer, one of the most notable proponents of emotivism, explains that moral statements are really the same as uttering "Hooray!" or "Yuck!" and because they are just expressions of feelings they can be neither true nor false. He writes:


"In saying that a certain type of action is right or wrong, I am not making any factual statement, not even a statement about my own state of mind. I am merely expressing certain moral sentiments. And the man who is ostensibly contradicting me is merely expressing his moral sentiments. So that there is plainly no sense in asking which of us is in the right. For neither of us is asserting a genuine proposition."[3]

In Ayer's view, moral claims can be put on the same par as a young child squealing for joy at her first carnival ride. The squeal may display the child's feelings, but if you were to write it down on a piece of paper without a context it would have no meaning for the reader. Ayer holds that moral statements can be considered just as inconsequential.


2. The Subjective Definition of Morality

The second way people understand ethical statements is by considering them to be preferences, either personal preference or preferences agreed upon by a group of people, like a culture, court, or government. So, one culture can state that it is immoral to sleep with anyone other than one's wife while another culture can state that it may be moral to sleep with many different partners whether one is married or not. Morality in this sense is rooted primarily in the agreement of the parties involved.

Anyone who holds to a relativistic morality falls into this camp. The problem here, as we have discussed before, is that such a relativistic view of morality fails to do what moral statements need to do: tell us how we ought to live. Those who believe in moral relativism are stating that moral actions are akin to picking a favorite ice cream flavor: to say anything is right or wrong is merely to express your particular opinion. No moral statements provide guidelines for why a person should do thus and so.


3. The Objective Definition of Morality

The third way to understand moral statements is that they are objectively discerned from the world in which we live. This view of morality does not trade on the opinions of individuals to define what is moral, but they hold that moral values exist and we must discover them. It may be the case that we are mistaken in our moral understanding, but our opinion of what is moral and what is not does not make the action moral or immoral. It is simply our attempt to describe the moral values we believe are true.

J.P. Moreland describes it this way:


"Objectivism holds that moral statements are stating facts about the acts of morality themselves or the objects that are said to have value. The statement ‘The apple is red' says something about the apple. The statement ‘Persons have value' and ‘Murder is wrong' say something about persons and the act of murder. Just as ‘The apple is red' asserts that the apple has a property (redness), so moral statements assert that persons or moral acts have certain properties."[4]

Of the three views above, only objective morality gives us something moral statements are supposed to do: it gives us a prescription for how people should live. Ideas of good and evil carry with them value judgments on how one should behave in a gives set of circumstances. The emotive view holds that moral claims hold no more meaning than "EEEeeyahhh!", which means we can ignore them. The subjective view holds that saying slavery is evil is akin to saying tapioca pudding is evil. Only on an objective view of morality, one that finds its source outside of man's actions, opinions, or preferences, will moral statements become a true guide on how individuals ought to live.