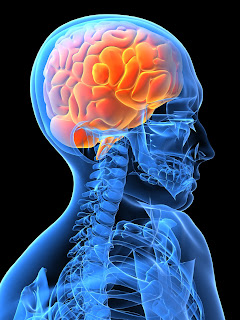 Many people who hold to a naturalistic explanation of the world believe that who we are—our thoughts, our feelings, even our falling in love—is merely the product of electrical and chemical reactions happening in a single organ of our bodies: our brains.[1] But as philosopher J.P. Moreland has noted, it is virtually self-evident to most people that they are different from their bodies.[2] We see that in the way we treat people with physical defects. A person who was born with no legs is not considered 80% of a person because he only has 80% of his body. Rather, we understand intuitively that feelings of pleasure and pain, the concept of knowing (such as knowing that 2+2=4), and relationships we experience with others are things that happen to us, not to our bodies.

There's something fundamentally different about conscious experiences and physical effects. Physical effects, such as the effect of gravity on any mass, are governed by natural laws and are simply brute facts of cause and effect — if you let go of a ball, it will fall to the ground. The ball doesn't have the "idea" to fall to the ground, nor does the earth have the idea of pulling the ball down. Laws of nature are by their very definition fixed and do not contemplate whether or not to act. However, conscious decisions are not mere cause and effect. They are more than that. Take the act of raising my hand. I can choose whether to raise my hand or not in normal circumstances. If I decide to raise my hand, I can do so, but it's not inevitable that my hand will raise until I've chosen to rise it, unlike the inevitability of a ball falling when it is not supported by anything.

We see that our minds can affect our bodies in other ways, too. Some people have a medical condition where they cannot feel pain, while other people feel pain in limbs that they no longer have. Certainly the experience of feeling pain is different from the physical process of pain receptors receiving stimuli and transmitting electrical signals to the brain. And the concept of what it means to be in pain is something that cannot be explained by physical interactions. The ability to cognitively understand you are experiencing pleasantness or unpleasantness is independent of simple cause and effect laws.

Most naturalists (that is, people who believe that everything can be explained by using only physical explanations) will say that there really is no such thing as a mind[3] or they will believe the mind somehow shows up, but is only a result of physical states[4]. Basically, naturalists believe that we somehow evolved our minds from more primitive chemical interactions that happen to occur within one organ of our bodies — the brain. But there are huge problems with this view and the general understanding of what it means to be a person.

Is it possible that evolution can account for the emergence of a conscious mind from all those chemical interactions? Since chemical interactions are responding to the laws of nature, like the ball above, I can see no way how this independent decision-making capability will "pop" into existence. In fact, if such a possibility were to exist, it would undermine all of our scientific principles. We count on the laws of nature to be consistent. Imagine if a plastics manufacturer mixed his chemical ingredients together and the carbon decided not to bond with the hydrogen! It would be tough to get that new iPhone this way![5] As J.P. Moreland noted, the emergence of consciousness from a physical organ "seems to be a case of getting something from nothing."[6]

Computer simulation programs and artificial intelligence are sometimes claimed as showing how intelligence may emerge from the mechanistic antecedents, but this is the stuff of science fiction, not science. Even a computer program that has the capacity to "learn" has been programmed to write the results of a precedent condition and pass that back through only a predefined series of options. Thus an AI program may generate new sentences if programmed to do so, but it can never decide to not run its own program.

So, how in a universe that starts with only natural laws, these brute facts of cause and effect, can consciousness come into existence? How do you evolve consciousness from non-conscious materials that only interact mechanistically? In all that we observe, we note that minds only have their origin in other minds. Plants don't produce thinking plants, but thinking people can produce new thinking people. If you think about it, you will soon see that matter and the laws of nature are simply powerless to create intelligence. And the fact that you can think about it argues that there must be a mind who produced man.

3. The idea that there is no mind and all that we experience is simply a result of chemical processes is known as physicalism. See Geoffrey Paul Hellman and Frank Wilson Thompson's paper "Physicalism: Ontology, Determination, and Reduction" in The Journal of Philosophy, Vol. 72, No. 17, Seventy-Second Annual Meeting of theAmerican Philosophical Association Eastern Division (Oct. 2, 1975), 551-564.

4. This view is known as epiphenoninalism. For a more detailed explanation of all these views and the reasons they fail, see J.P Moreland. The Recalcitrant Imago Dei: Human Persons and the Failure of Naturalism. London: SCM Press, 2009.

5. Granted, this is a simple illustration, but it really doesn't matter how big or complex the reactions are. The more complex the interaction, the more difficult it may be for us to predict all the results, but it doesn't mean the results won't follow directly from their precedent conditions.