Scientism rejects philosophy as a form of knowledge

Yesterday, I began a series called "Science versus its Evil Twin: Scientism:." I had written that there are five major clues that distinguish the pursuit of science, and I examined the first in yesterday's post. Today, I'd like to look at the first part of Clue #2 – Scientism rejects other forms of knowledge. 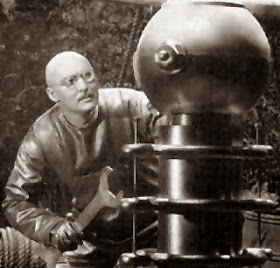 In most cheesy b-movies, we see the storyline play out predictably. The villain has made some advancement in pushing his agenda and the world starts to play by his rules. Therefore, in order to maintain his grip of power, our villain seeks to silence anyone who may disagree with him. He will discredit, disgrace or imprison anyone who offers up a contrary view to his plan. He seeks to be the only authority on all matters that he wants to control. In our look at science versus scientism, we also see a wrestling for power. There are those using science as one way of understanding the world, and there are those who say since science tells us about the natural world, that means that only science can tell us about anything. Scientism discounts all other forms of knowledge as either imperfect or not really knowledge at all.


Science owes a debt to philosophy

As we mentioned above, science has at its core the idea of observing interactions and critically examining their causes. Anyone beginning to study the subject of science is taught the scientific method, one of the primary ways scientists accomplish their task. Usually the method is divided into basic steps: a person has a question about some function of the natural world, he constructs a hypothesis, then tests that hypothesis with experiments, and analyzes the outcome. Lastly, he determines whether the original hypothesis is true and reports the results. This is a fundamental notion of what makes up our lab sciences. However, assumed in those steps is a lot of philosophy! Several philosophical principles must exist before the scientific method can even get started! Let's take a look at the components more closely and see where these assumptions lie.

Realize, this line of doubt is not my own. Skeptic David Hume argued at great lengths to say that our experience may work for us, but that does not mean there is really a causal connection between two things, simply because one happens to come prior to the other.1 Basically, Hume asserts that science cannot test its own assumption about repeatability. Hume says trying to prove such things by experiment is really question-begging since you're using the very testing method that's in question! Therefore, in order to say that we know condition A produces effect B, we must rely on theories of what makes our knowledge justified. This again is the realm of philosophy. The scientist cannot scientifically prove that experience is a good indicator of what will happen in the future if the same conditions were to be produced; he relies on a philosophical framework to justify his assumptions.

Once the scientist has performed experiments, he analyzes the outcome and draws conclusions as to whether it matches his hypothesis or not. But how can he be sure whether the results do indeed match his expectations? Philosophy comes into play here as well. In chapter 6 of this book, we took a moment and discussed the Three Standard Laws of Thought, also referred to as the Laws of Logic. We discovered that these laws were the main way that anyone compares and contrasts claims to see if they make sense or not. The Law of Identity states that a thing is equal to itself. So if the results of an experiment match the hypothesis, then the hypothesis can be considered valid in that instance.

We also learned from the Laws of Non-Contradiction and Excluded Middle that the result has to be either consistent with the hypotheses or inconsistent with the hypothesis.2 That means scientists use the Laws of Logic in analyzing their outcomes. Logic in all its forms is clearly identified as the only way a scientist can draw any conclusions that would continue to make sense.

So, philosophy plays a crucial role in doing science well. It becomes the measuring stick on truth claims. But when our evil villain scientism enters the picture, he challenges this authority. While he uses philosophy, he sees anything other than what he defines as science as a threat and therefore dismisses it as unimportant or dead. Famous physicist Stephen Hawking, began his most recent work The Grand Design by doing just that. He writes:


"…philosophy is dead. Philosophy has not kept up with modern developments in science, particularly physics. Scientists have become the bearers of the torch of discovery in our quest for knowledge. The purpose of this book is to give the answers that are suggested by recent discoveries and theoretical advances."3

Of course, such claims as "philosophy is dead" and "Scientists have become the bearers of the torch of discovery in our quest for knowledge" are highly problematic. For one thing both claims are themselves not scientific; there is no test that fits the scientific model one may perform and come up with those statements. No, saying "philosophy is dead" is making a philosophical statement itself; it's doing philosophy! The claim becomes self-refuting and can be dismissed. This is why Hawking's claim has been so widely criticized by philosophers of science, even those who are atheists!4

To read the next article in this series, click here.

1."This proposition, that causes and effects are discoverable, not by reason but by experience…You say that the one proposition is an inference from the other. But you must confess that the inference is not intuitive, neither is it demonstrative. Of what nature is it, then? To say it is experimental, is begging the question. For all inferences from experience suppose, as their foundation, that the future will resemble the past, and that similar powers will be conjoined with similar sensible qualities. If there be any suspicion that the course of nature may change, and that the past may be no rule for the future. All experience becomes useless, and can give rise to no inference or conclusion. It is impossible, therefore, that any arguments from experience can prove this resemblance of the past to the future, since all these arguments are founded on the supposition of that resemblance." (Emphasis mine) Hume, David. ""Skeptical Doubts Concerning Human Understanding"." Paul Edwards and Aurther Pap, Eds. A Modern Introduction to Philosophy. New York: The Free Press, 1973. 131, 136.
2. I am assuming here that the hypothesis in question is well-formed and the results can be accurately determined. Many times experiments either do not factor I all the initial values or perhaps the hypothesis is so broadly stated that results can be inconclusive. Usually, those instances will be studied further or other scientists will try to refine the original experiment to find a more specific answer to the question at hand.
3. Hawking, Stephen and Leonard Mlodinow. The Grand Design. New York: Bantam Books. 2010. p5.
4. To see several critiques of this stance, see Christopher Norris' "Hawking contra Philosophy" in the March/April 2011 magazine Philosophy Now, Roger Penrose has taken the entire thesis proposed by the book and dismissed it by saying, " What is referred to as M-theory isn't even a theory. It's a collection of ideas, hopes, aspirations…" (http://afterall.net/clippings/491891).
Lenny Esposito at 10:58 AM