Does a Fertilized Egg Have a Soul? 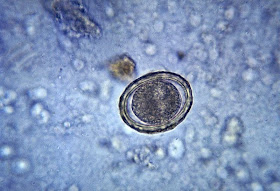 A recent article in the British publication Premier Christianity asked the question, "Does individual life really begin at conception?"1 David Instone-Brewer argues conception is too early to consider the embryo or zygote a person, pointing to the fact that cells are undifferentiated and the embryo could split into twins. He notes that prior to the 14 day mark, cells are undifferentiated, therefore "the number of nerve and brain cells in the human embryo is zero, and it has less complexity than the simplest microscopic worm."

Instone-Brewer doesn't rest his argument on biology, however. He's more fair than that. He offers a theological argument as to why 14 is the magic number. He continues:

For a completely different reason, theologians might also regard 14 days as a significant starting point for individual life. This is the date before which the cell-bundle could split into identical twins or larger multiples. We don't know if God injects a fully formed spirit at some point (like Plato imagined) or whether our spirit develops while our body develops. However, we can be sure that God does not give an individual spirit to a bundle of cells before 14 days because if those cells did subsequently split into identical twins, they would have only half of a human spirit each. Theologically speaking, therefore, individual spiritual life cannot start before 14 days after conception.

What Makes a Living Thing Alive?

Here is where I think Instone-Brewer goes wrong. While it is true that a single embryo will infrequently split into multiples, Instone-Brewer seems to offer a stunted definition of what the soul is. In his explanation above, he tries to separate the soul from the growing embryo as something that God perhaps adds to the entity. Yet, he doesn't take into account what is the thing that causes the embryo to be considered a living thing at all.

Regardless of whether our soul is fully formed or develops with the body, there is something that is unique about an embryo in that it is a living entity. It is different from a rock or a piece of wood. It is even different from a human corpse. The embryo is alive. The Bible has traditionally taught that the thing that separates a living being from an inanimate object is the soul.2 In Genesis 2:7 we read, "Then the LORD God formed man of dust from the ground, and breathed into his nostrils the breath of life; and man became a living being." The word used for God's breathing and the word used for being are both forms of the Hebrew word nephesh which is the primary word for soul. In the Genesis passage, God fashions the body—that is, all the parts are there and read to work—but the body doesn't become alive until the soul is given to it by God.

There are several other passages that illustrate the soul as being the distinctive element separating life and death. Genesis 35:18, which recounts Rachel's death, describes her passing by recording her soul's departure from the body. Also, Elijah when raising the widow's dead son in 1 Kings 17:21 prayed "Let this child's life (nephesh) return to him."


The Difference between a Being and Tissue

Of course, someone may offer an objection at this point, asking "What about cells such as skin cultures they keep alive in Petri dishes? Certainly, those don't have a soul, do they?" Well, I would argue no. First, a soul is a single entity that relates to the entire being. Instone-Brewer is right in noting that an embryo splitting into twins would leave each with half a soul. Similarly, a sperm cell and an ovum don't each have half a soul that fuses together when they unite. This is equating the immaterial aspect of the soul with the material aspect of the cells themselves. The soul encapsulates and animates the entire person.

Because the soul supervenes upon the entire person, it can be said that the soul provides the guidance or teleos for the body to operate properly. In other words, one's body is like an assembly of musicians and one's DNA is the sheet music. However, without a conductor to regulate the system, a symphony would never be produced. An embryo and even a zygote (fertilized egg) have that conductor in the soul, which animates the organism with forward progress. It builds a body.

Contrast that with cells in a dish. There is no telos there; the cells simply continue in a mechanical fashion as long as. In fact, one can compare them to the organs of an organ donor. If you are an organ donor, you have allowed certain body organs to be taken from you after you die and transplanted into another person. The organs are not removed until you are really dead, yet certain organs can for a limited time and with intervention stay viable for longer periods. While the cells of these organs are still operational, they will also die unless they are placed within a living being where their purpose may be fulfilled.

Embryos are not like an organ simply because the telos of an embryo is to create an independent entity. One may realize this doesn't happen in 14 days (or even nine months; it takes many years before a human being can be considered fully independent), but it marks a clear distinction between that which is a living being and cells that are mechanically operational.

On the question of where the soul of the twin comes from, you can read the excellent reply Peter D. Williams writes here. However, by ignoring the theology about what makes a human being alive, I think Instone-Brewer's answer is too short-sighted.

1. Instone-Brewer, David, and Peter D. Williams. "Does Individual Life Really Begin at Conception?" Premier Christianity. Premier Christian Media Trust, 14 May 2015. Web. 26 May 2015. http://www.premierchristianity.com/Past-Issues/2015/June-2015/Does-individual-life-really-begin-at-conception.
2.. Although I offer some examples here, a much fuller argument for the soul as that which gives life may be found in J.P. Moreland and Scott Rae's Body & Soul: Human Nature & the Crisis in Ethics. (Downers Grove, IL: InterVarsity, 2000), pages 26-40.