As I showed yesterday, all people are obligated to obey a moral law. People will fight about what this law allows and what it doesn't, but that doesn't mean morality isn't objective. Certainly, we take into account certain circumstances, but the principles that ground morality remain consistent. For example, it is always immoral to inflict pain on an unwilling participant for the sole purpose of pleasuring oneself. That is true whether or not anyone else believes it to be true. It is also true all all times and for every culture. Thus, if morality exists at all, then it is universal in its scope: it applies to all humanity throughout history. 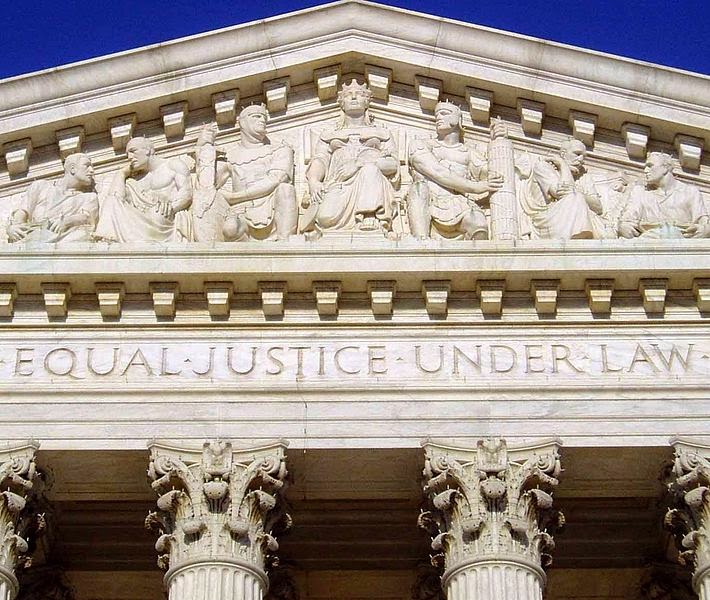 Moral laws are therefore not like physical laws, such as the law of gravity. Gravity tells us simply what is. It doesn't tell us whether falling at 9.8 m/s2 is good, bad, or neutral. Moral laws, though, do give us a standard by which we must adhere. Since moral laws are prescriptive (they tell not what one is doing but what one ought to do) and universal, they must transcend humanity. Moral laws cannot be based in physical reality but must come from a moral lawgiver.


A moral lawgiver must transcend man

Let me give you an example of why moral laws cannot be based in the properties of the psychical world. Some people argue that morality is a result of some evolutionary processes. They will usually say something like, "People began to construct a moral code because it helped them survive. As a matter of evolution, a species will survive if they don't kill each other but look out for one another, so morality really evolved." I'll hear that idea often, that there's some kind of random evolutionary process that crafted our morality. But evolution is offered as a result of natural functions in the world. If you think about nature and how it acts, things happen all the time that are both constructive and destructive, yet it makes no sense to describe natural acts as moral or immoral.

Imagine if you will a brilliant comet that orbits our solar system about once every five hundred years. For most of its orbit, it is obscured from the scientists' view, so astronomers have been in anxious anticipation to study it. Even more so, writings from the medieval period suggest that the comet is exceedingly beautiful to view even with the naked eye. As the world gathers and waits for the comet to come into view, the unthinkable happens: a random meteor happens to smash into the comet shattering it into pieces. The question I ask is, “Was the meteor wrong to destroy the comet?” Such a question seems absurd on its face. The meteor wasn't acting rightly or wrongly; it was simply a fluke of luck that the comet was destroyed. It was the outcome of random events governed by the physical laws of the universe.

If evolution is true, then the fact that humanity exists at all is just a series of random mutations that are enacted upon by natural laws of the universe. Therefore, if physical laws are all we are working within, then to claim destroying a person, many people, or even the whole world really is no different than the meteor destroying the comet. It isn't wrong; it just is what happened. But again, such an idea strikes us as wrong on its face. We know that exterminating a human life is fundamentally different than annihilating a natural body. That's because human persons have intrinsic moral value. It's why we hold the idea that slavery is wrong, even when it was legal or most people thought it was OK.

No one person is better than another. Now sure there are people better in sports, and there are people who are more powerful, more beautiful, and so on. There's a multitude of ways people are not equal, yet we believe that murdering any one of them makes you guilty of a moral wrong. It's not our judgments about them that give them their worth; it is simply the fact that they are human. We recognize that this law exists outside of ourselves, and we punish those who don't obey it.


The lawgiver must have authority over man

More than just originating outside of humanity, a moral law must be given by a lawgiver who can exercise authority over people. If a law is passed that has no penalty, then the law is deemed ineffective and quickly discarded. We have many such laws on the books today, some of which are almost comical. For example, Michigan made it illegal to serve margarine instead of butter in state institutions.1 No one in America is obligated to obey France's speeding laws if they're driving in the United States. Even if I may deem that the speed limit for the street in front of my home is too fast to drive safely and have all the facts to back me up, I can't go out and post my own sign on the roadway. I need the proper authorities to post the law, since they have the power to enforce the law. Similarly, if moral laws come from outside of man, then they must come from a source that has authority to enforce those laws.

Since we all recognize there is a moral law to which all people are beholden, and that moral law must have its basis in a mind outside of mankind and with authority over mankind, we then reasonably conclude that there is a God. We recognize good and evil as real states. Some may argue that there's too much evil in the world for there to be a God, but that's a different point and one I've looked at before. The fact that this person recognizes that there is evil in the world actually bolsters the argument for God's existence, since he is agreeing that there is a moral framework out there and that it has its basis outside of mankind. He's granting the premises of this argument!

If evil exists, it proves that God exists simply due to the fact that morality has to come from God. It can't come from anywhere else.