Why doesn't God Provide a Sign to Prove He Exists?

Noted philosopher Bertrand Russell was once asked how he might answer for his staunch atheism if after his death he did indeed face God. Russell famously replied, "I probably would ask, 'Sir, why did you not give me better evidence?"1 Such claims are fairly common among atheists. Some have said to me that God would need to do a miracle in front of them. Others have asked why God wouldn’t write "I exist" across the surface of the moon if He wanted all people to believe in Him. There’s even a http://www.WhyWontGodHealAmputees.com web site that believes their question is "the most important question we can ask about God." 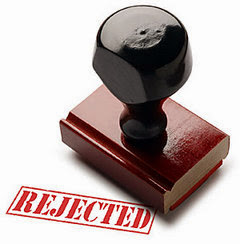 What about this? Why doesn't God provide some kind of sign to prove that He exists? Wouldn't it be more effective than what we have now? The short answer is no, it wouldn't make real belief any easier, and that is simply because any type of evidence can be rejected. For example, the Apollo 11 moon landing was a highly documented event that was reported in real time. The astronauts took video and photos of themselves on the moon, yet there are some who believe the moon landing was faked on a Hollywood soundstage and they even use the photo to argue their case. 2

The Bible gives us another example of such a situation. Just before Jesus entered Jerusalem on what we now celebrate as Passion Week, He had raised Lazarus from the dead. John reports that "Many of the Jews therefore, who had come with Mary and had seen what he did, believed in him, but some of them went to the Pharisees and told them what Jesus had done. So the chief priests and the Pharisees gathered the council and said, ‘What are we to do? For this man performs many signs. If we let him go on like this, everyone will believe in him, and the Romans will come and take away both our place and our nation’" (John 11:45-48, ESV).3 Even though Jesus performed many signs, the leaders’ hearts were hardened and they were more concerned about their power being taken away.

But, it gets worse! In John 12:9-11, we read that the religious leaders of the Jews were not only plotting to kill Jesus, but they realized they had to kill Lazarus as well. "When the large crowd of the Jews learned that Jesus was there, they came, not only on account of him but also to see Lazarus, whom he had raised from the dead. So the chief priests made plans to put Lazarus to death as well, because on account of him many of the Jews were going away and believing in Jesus." Now, just think about this for a moment. Jesus had raised Lazarus after being dead four days! Jesus had proven that death was something he could overcome. Yet, the leaders were so set against believing in Jesus that they not only didn’t believe in Him, but they decided that they should kill a living breathing piece of miraculous evidence that existed right in front of them. Given that level of rejection, does anyone really think that the healing of an amputee would convince someone who simply doesn’t want to be convinced?

I understand that some may counter my claim by arguing that this is an extreme circumstance. "Sure, a few nut jobs wouldn't believe in the moon landing, but most people would, so why doesn’t God do a miracle for the majority?" I’ll look at that claim next time. My point, though, is that it isn’t incumbent upon God to provide fool-proof evidence for His existence. There is no such thing. People will believe whatever they want, regardless of the nature of the evidence. To a hardened heart, no evidence will ever be good enough. So, in your conversations, make sure you ask, "Just what evidence would it take to change your mind? Just what would be the thing that would make you believe?" I’ve had people who, after being pressed, honestly answer that no evidence would ever be good enough. And that is really where the problem lies.