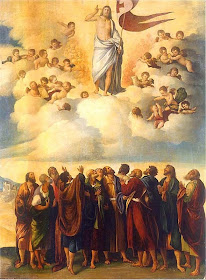 1. For a more conmprehensive understanding of the biblical case for why Jesus is recognized as God, see my post "The HANDS Argument for the Deity of Jesus" at http://apologetics-notes.comereason.org/2014/05/the-hands-argument-for-deity-of-jesus.html
2. Wilken, Robert L. The Christians as the Romans Saw Them. (New Haven: Yale University Press, 1984). 120.
Lenny Esposito at 12:58 PM