Are the Books of Moses Forgeries

From the 19th century onward, there has been a theory floating around known as the documentary hypothesis that claims the first five books of the Bible, known collectively as the Pentateuch or the Torah, weren't penned by Moses as is commonly believed. German scholars had pronounced that these were a compilation of at least four different authors (known in academic circles as J, E, P, and D) whose works were mixed and matched by later editors to form some cohesive whole. 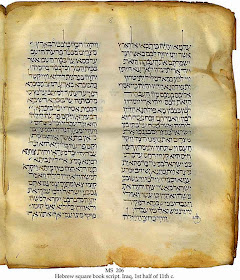 Author David Hazony, who is Jewish, prides himself on his faith as well as his reason. He states (and I agree) that these can coexist without too much difficulty. However, he says that when the question of the Bible's authorship comes up, it is the thing that has the potential to trip him up. So he began to look at the claims of the documentary hypothesis, but not merely from an academic point of view. He used his real-world experience as an editor to show how a claim like the one made by the German critics tries to prove something they could never actually do. He writes:


It all started a few years back when, as the senior editor of a Jerusalem-based journal of public thought, I ran into trouble on a 10,000-word, brilliantly researched essay about Israeli social policy composed by the sweetest man on earth who, unfortunately wasn’t a stellar writer.

I spent a few weeks rewriting, moving things around, adding and cutting and sweating. Finally I passed it up the chain to Dan, my editor-in-chief.

"Hey Dan," I said. "Could you take a look at this? I added a whole paragraph in the conclusion. Tell me what you think."

A few days later I got it back, marked up in red ballpoint. On the last page, in the conclusion, he had written the words “This is the paragraph you added,” and drawn a huge red arrow.

But the arrow, alas, was pointing at the wrong paragraph.

You see, it turns out that it’s not very easy to reverse-engineer an editing job. To take an edited text and figure out, in retrospect, what changes it went through — it’s about a million times harder than those tenured, tortured Bible scholars will tell you.

Language is fluid and flexible, the product of the vagaries of the human soul. When an editor has free rein, he can make anything sound like he’d written it himself, or like the author’s own voice, or something else entirely. It all depends on his aims, his training, his talent and the quality of his coffee that morning. A good editor is a ventriloquist of the written word.

That’s when I started to suspect that what Bible scholars claim they’re doing — telling you what the "original" Bible looked like—might be, in fact, impossible to do.

Think about it. My case was one in which the author, editor and reader are all known entities (in fact, they all know each other personally); the reading takes place in the exact same cultural and social context as the writing and editing; and the reader is himself a really smart guy, Ivy-league Ph.D. and all, who had spent a decade training the editor to be a certain kind of editor, with specific tools unique to the specific publication’s aims.

Not only that, but he was even told what kind of edit to look for, in which section. And still he couldn't identify the change.

I think this common-sense approach is wise.  While I believe that we have some strong evidence in favor of Moses being the author (for example, Jesus quotes from several different sections of the Pentateuch and attributes each to Moses), Hazony doesn't go that far.  But he can see that the claims of a multiplicity of authors is really unsupportable, which is honest and fair.

While Hazony only discusses the Pentateuch, we have even greater evidence for the New Testament being authentic. For a more complete look at the subject, you may want to check out How Do I Know the Bible is REALLY From God? and Who Chose What To Include in the Bible?

So, as you reflect on the events surrounding the Israel's exodus from Egypt and the passion week of Christ, be assured that we have good reasons to believe the Bible is written by authoritative sources.

You may read David Hazony's entire article at http://religion.blogs.cnn.com/2011/04/01/my-take-it-doesnt-matter-who-wrote-the-bible/
Lenny Esposito at 8:46 AM 1 comment: 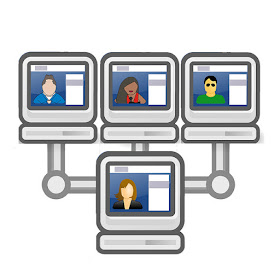 This evening, my friend @BrendanStark came up with his "10 Commandments of Social Networking" which I thought were very appropriate. Even in an apologetic context, these will help you to be a better witness and open more doors of conversation with those you hope to reach.  Comment below and let me know what other commandments we should be obeying while living the digital life.


10. Thou shalt not abuse "friends" with MLM/home business sales.

9. Don't use your social networks as a confessional.

6. Don't steal another person's name with any "fake" accounts.

5. Take a sabbath break from the Internet.

4. Don't make an idol out of a celebrity (or your fans/followers a la @ladygaga).

2. Don't be online "friends" with people who can screw up your marriage.

1. Use an internal filter. Think before posting things that will embarrass God, you, your family, or your friends.