Christian Megathemes: Breaking out of the Holy Huddle

Yesterday, I started a series where I take a look at the Barna Group’s findings of six Christian Megathemes that have emerged in the last decade. These themes are dramatic shifts in beliefs, attitudes and actions of the Christian church—and they need to be addressed since they’re a danger to the health and effectiveness of Christianity. You can read the first article here. Barna’s original list can be found here. 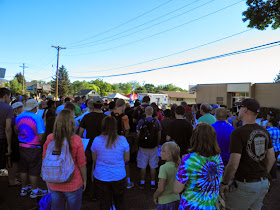 The second in the six megathemes Barna identified seems a bit counter-intuitive until you give it some thought. He reports:

Given all the chatter both in the press and online about how Christians are "forcing their views" on others through protests, legislation issues (such as California’s Prop 8), school curriculum, etc., how is it that Christians can be considered more ingrown? The answer is simple, those conflicts are not what defines Christianity. Christianity has always been about sharing our faith with others. We are each to consider ourselves as patients recovering from a terminal illness, and we need to share the antidote with all those who face the same diagnosis. That’s what Matthew 28:19 AND 1 Peter 3:15-16 are all about.

To a large degree, I think the presence of these moral conflicts in the public square has actually exacerbated the problem of insularity. People dislike being thought of as trouble-makers. It doesn't help that many of these stories paint Christians as the narrow-minded, backward bigots. See for example the recent stance that the Southern Poverty Law Center took in adding Christian groups to its hate groups list. Well, who wants to be lumped in with the Klu Klux Klan? So Christians become afraid of what others may think of us as being "Christian". We shy away from talking about our faith and we go along, just wanting to be liked. However, this is sin and a stark contrast from what Christianity has historically faced and still faces in much of the non-Christianized world. Just browse these headlines or read the first couple chapters of Foxe’s Book of Martyrs to see what Christians used to face!

The other issue that bothers me is the fact that "most Americans are unimpressed with the contributions Christians and churches have made to society over the past few years." Christianity has always been at the forefront of cultural advancement. Christianity gave the world some of its best thinkers, artists, and humanitarians. We have Christianity to thank for orphanages, universities, and the view that all people are equal. Christianity is even at the center of our scientific advancement over the last several centuries. To hear more about this, you can grab a copy of my class "How Christianity Changed the World."

Many in the church have bought into the lie that faith is a "personal matter" and shouldn’t be shared. The Bible nowhere teaches this and it simply doesn’t make logical sense. What you believe forms the core of your worldview, which shapes all your actions.  Therefore, sharing our faith means sharing what's true, and that's something on one should be afraid to do.


Tips on becoming more outward in sharing your faith