What to Make of the Mass Shooting Epidemic 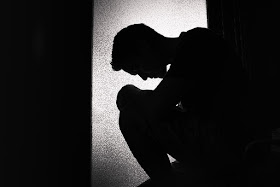 What should we think about the increase in mass-shootings that have been plaguing the United States? Most recently, three different young men opened fire on the public over the course of one week in Gilroy, California; El Paso, Texas; and Dayton, Ohio. The shock and grief of these tragedies cannot be understated.

In a recent Los Angeles Times article, criminologists Jillian Peterson and James Densley laid out four consistent features common to nearly all mass shooters.1 They are:
While much of the political and media are focused on one aspect of the fourth point, that is  gun control legislation, I think the first three areas need more attention, as they center on the foundational aspects of society: family, community, and a shared set of virtues.

The primary building block of any society is the family. Biology dictated that a man and a woman were joined together as only that coupling can produce children. Offspring then reinforce the connection of the man and woman when each seeks their progeny’s protection and welfare.

Today, things have changed. Marriage is less about what happens to future generations than about self-fulfillment. Traditional motherhood roles are dismissed as backwards and stifling. Children are looked upon more as the latest accessory. The trends in intentional single mothers and homosexual couples using sperm donors or surrogacy to make babies exemplifies this attitude.

Humans seek community. We’re hard-wired as communal beings, sharing life and experiences with others who can support and reinforce one another physically, emotionally, and spiritually. But building a true community requires real-life, face-to-face interactions over an extended period of time. Long-term interactions with others teach you about the imperfections of people and how we can love them anyway. It is sharing experiences over time that deepens our relationships with one another, and it is the relationships that hold true meaning.

Our society today is speeding in the opposite direction. The hyper-individualism that our current culture celebrates is antithetical to community-building. Social media gives one the illusion of connectedness, but without all the messy and time-consuming face-to-face stuff.

Churches used to be the center of community-building. Many still function that way, but they are not valued as such by the larger culture anymore. It’s no wonder the U.S. has become a nation of lonely people and it’s no surprise that both suicide and drug addiction are becoming epidemics.

In his book Culture Counts: Faith and Feeling in a World Besieged, Roger Scruton defines civilization as “a social entity that manifests religious, political, legal, and customary uniformity over an extended period, and which confers on its members the benefits of socially accumulated knowledge.”2 But what if a society abandoned the idea that socially accumulated knowledge is real knowledge? If virtue and morality are relative instead of absolute, then they don’t qualify as knowledge and they certainly cannot be passed down! Everyone has to find the truth for themselves.

We are losing the benefits of our former shared Judeo-Christian civilization because we are abandoning absolute morality. Without a foundational baseline, college students experience higher rates of sexual assaults even while its students hold that rape can be justified! Pitirim Sorokin rightly predicted that a culture driven by feelings instead of an understanding of innate truths will ultimately fall apart.


Adding in the Catalyst

Realize I am not saying that everyone in our cultural climate is going to become a mass shooter. I don’t believe that any more than I believe everyone is going to become a rapist. But, when the constraints that make killing or rape much more difficult are taken away, then it shouldn’t be a surprise to see more of those actions.

As a nerdy kid, I remember being excited when I stumbled upon the chemical elements needed to make nitroglycerin: you just combine nitric acid and glycerol. However, if you were to somehow be able to acquire nitric acid and then pour both chemicals in a flask directly, it wouldn’t do much. Like many chemical reactions, you need another ingredient that kicks the whole thing into gear; you need a catalyst. The catalyst for nitroglycerin is sulfuric acid. The sulfuric acid allows the proper chemical reactions to take place so the nitric acid molecules can bond properly with the glycerin.

Because the United States is a gun culture, mass shooters have access to guns. But that alone doesn’t make one a mass shooter. The other three ingredients need to be there, too. In prior generations, more people owned guns as a percentage of the population. The Washington Post reports that gun ownership is actually at a 40-year low. It is society that’s changed and the results have been explosive, to say the least.