Our Concept of Superheroes Comes from Christianity 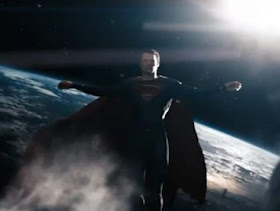 Many scholars have categorized the superhero tale as a type of grand myth,1 and the hero is a common archetype in myth.2 However, the modern superhero is different from Homer's heroes. The hero in ancient myths was more driven by self-interest or in protecting the state of the polis or the societal norms from change. Larry Siedentop explains how "the ancient hero had been Odsessyus-like—an aristocrat. Springing from a leading family and often associated with the foundation of cities, the ancient hero was typically male, strong, wily, and successful."3 So, Jason seeks out the Golden Fleece to return to his family and receive the crown, Heracles seeks to perform labors to pay for his sins, and Theseus seeks to restore his birthright.

Siedentop argues the concept of what a hero is morphed as Christians began to topple the values of the Roman Empire. He states the Christian martyr didn't reinforce the established societal expectations, but rebelled against them by refusing to "bend under the claims of family and civic piety or to worship the Emperor." Instead of strengthening the social order of the polis, they "disregarded gender, class, and status."4 Their very public deaths were the epitome of selflessness to the underclass:


In making martyrs of Christians, the ancient world was consecrating what it sought to destroy and destroying what it sought to preserve. For Christian martyrs gained a hold over the popular imagination. And it was easy to see why that should have been so. The martyrs offered a model of heroism. As Tertullian remarked early in the third century, the martyr's blood provided "the seed of the church."5

Siedentop summarized it was the cult of the martyrs that "began to redefine heroism."6 Self-sacrifice is the most uniquely Christian aspect for all superheroes. Every hero sacrifices his own happiness or comfort in some way. Superman could rule the planet given his powers. Instead, he accepts being humiliated as Clark Kent in order to serve humanity as Superman.

In Iron Man, Tony Stark realizes that his weapons have been misappropriated by terrorists and his experiences change him so he is no longer driven to build more and profit from them. This even shows up in more complex Marvel storylines, such as Captain America: Civil War. There, the Hobbean Iron Man supports a government registration program for all super-powered beings while Capitan America believes freedom is the natural right of the superhuman. But both are driven to their positions in seeking what's right, not their own interests. This is the opposite of Roman and Greek myths. Leo Partiple observed "Whereas the god heroes of old were petty, cruel, or indifferent, the traditional superheroes try to mirror Christ. They stand against injustice and offer us a moral example to follow."7

Siedentop uses the hero as only one small example in his sweeping survey showing how Christian "moral beliefs have given a clear overall ‘direction' to Western history."8 Still, the Christian concept that every human has intrinsic worth stands in stark contrast to pagan societies who would do unconscionable things like discarding infants because they were the wrong sex,9 or selling them for profit or sacrifice.10

The sanctification of human life runs throughout the genre. The 1966 Batman movie has a scene where the caped crusader finds a lit bomb in a dive bar on the wharf and spends several minutes running around Gotham's ship docks seeking a place where he may dispose of the sparking globe without injuring bystanders. The scene is camp and played for laughs. However at the end of the sequence, after Batman is nearly blown to bits, Robin expresses his amazement at taking such a chance:


ROBIN: Holy strait jacket, Batman! You risked your life to save that …riff-raff in the bar!

BATMAN: They may be drinkers, Robin. But they're also human beings, and might still be salvaged. I had to do it.11

The intrinsic worth of all human beings is just one of the uniquely Christian values that are indispensable to creating costumed crusaders. Marco Arnaudo emphasizes this when writing "the traditions that have most profoundly made a mark on the development of the modern superhero genre are undoubtedly Judeo-Christian."12 Christianity changed the idea of what it means to be a hero, and thus opened the door, allowing the modern superhero to emerge.