The Confusion of Atheistic Moral Grounding 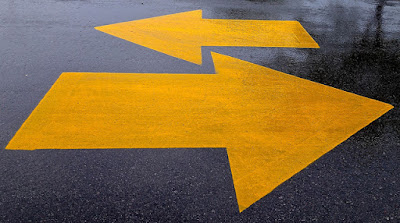 Is morality evidence for the existence of God? At first blush, the answer seems to be no. Certainly there are many moral people who don't believe in any kind of God just as there are people who are strong believers, yet perform some of the most vile, immoral acts. Christopher Hitchens famously dared believers "to find one good or noble thing which cannot be accomplished without religion." This is usually the way such exchanges progress.

But framing the debate in such a manner makes two fundamental mistakes: it begs the primary question while creating a biased set of assumptions. We can look at each of these in turn.

It doesn't seem to be a grand claim to say human beings are built to be moral beings. By that I mean the vast majority of humanity is inherently sensitive to the concepts of right and wrong, even if their understanding of what constitutes right and wrong are debated. The quip that the young cannibal is still instructed by his mother to clean his plate demonstrates this. It is human to understand actions can have moral implications.

The problem comes in when we begin asking "how do we know which actions are moral and which are not?" What is the "thing" that moral actions share but is missing from immoral ones? It cannot be something as simple as  survivability, for there are many scenarios where people have freely chosen to die for a moral cause. Take abortion, for example. Certainly, if  survivability is the only guideline, then abortion clearly diminishes the survival function of the species and is thus immoral.

This is worse if the natural world is all there is, for we never claim rape or murder for a male lion seizing a female to copulate or a black widow eating her mate.

When one claims that God is necessary for morality to be real, he is not claiming no one can act in ways recognized by a society as moral if they don't believe in God. Rather, he is asking what grounds choices as right or wrong intrinsically? What is the fundamental thing that anchors right and wrong? What is it that stands above and beyond all human beings and even all nature that is at the core of morality? Morals must transcend nature to be prescriptive. What is it on an atheistic worldview that does this transcending?

One possible counter by non-theists would be it isn't something as crude as  survivability only that grounds morality. One must consider human flourishing, the quality of life we would experience if we deemed immoral acts moral. But such a move doesn't help them in their quest, for terms like flourishing are loaded with moral implication. To flourish beyond  survivability means to advance toward some goal. What is the goal to which we are advancing and why should human beings objectively be the ones to advance? They say cockroaches will be the only ones left after a nuclear war; perhaps homo sapiens have had their run and it's time for the cockroaches to take a turn.

To claim that one's quality of life is the judge or that morals evolve from a concept of reciprocity ("I wouldn't like it if someone did that to me so we shouldn't do it to them") falls into the same trap. Why does it matter whether you like it or not? There's a big difference between preferences and the oughtness of moral values and duties. Moral quandaries are not about what one likes or doesn't like. Situations like the Heinz dilemma show just how problematic these become.

By appealing to one's actions ("I act morally"), to survivability, or to reciprocity, the central question of moral grounding remains unanswered.  None of these responses nail down the foundation of morality; they never answer what makes moral values different than preference or cultural convention. Of course, one could hold that there is no other moral grounding, making objective morality a useful fiction. But if morality isn't real, then no one is really moral at all, including the atheist. It seems the only coherent foundation allowing morals to be real is a transcendent God.