Time Is No Longer the Friend of Darwinism 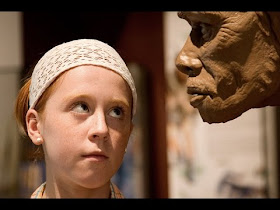 Today's neo-Darwinian scenarios have always relied on an abundance of time as an essential component of diversification through adaptation. We've all heard the canard where enough monkeys with enough typewriters will eventually produce a Shakespearean sonnet. Of course, it's been proven there's a big bias in even that assumption. However, now, as we learn more about the complexity and intricacy of encoded DNA instruction sets, we are finding out that time is not the friend of evolution.

In a paper published last year in the Journal Theoretical Biology and Medical Modelling, John Sanford, Wesley Brewer, Franzine Smith and John Baumgardner look at the nut and bolts of DNA mutation and calculate just how long it would take to get new, biologically meaningful nucleotides. In other words, we don't simply need genetic mutations. We need mutations that will be of some benefit to the organism, will be significant enough to be "set" in the population, and will be able to do so within a population and generational set projected for the species. Let's look at each of these requirements in more detail.


1. Mutations Must Add to the Fitness of the Organism

In their paper, Sanford et. al. looked at strings of code within the DNA commonly referenced as genes. These strings of code are the instruction set for building all the biological systems that make up you and me. Just as a book is composed sentence by sentence, the sentences are built word by word, and the words are built by strings of letter, so DNA nucleotide strings are the source of the proteins or RNA machines that build more complex biological functions. These are the foundation of biology and it is at this level where any meaningful change must happen for evolution to work.

Further, not just any mutation counts. Just as any recombination or addition of letters doesn't lead to new sentences, the mutations must be to the degree that it provides "stronger fitness benefits" to the organism according to natural selection.1 This isn't controversial in and of itself; common descent argues this way. But needing specific mutations raises the odds and requires more time than just any mutation.


2. Mutations Must be Set Within the Organism

Imagine you have an isolated village of blond-haired people. One dark-haired traveler stumbles onto the village and decides to settle there. He marries and has children, some of whom are dark-haired. While dark hair is a dominant trait, not all the dark-haired man's children will necessarily carry his dark hair gene. Dark hair could still be lost within a few generations.

The model used by Sanford et. al. takes this factor into account. It also raises the complexity of the mutation, sometimes requiring the same mutation more than once in a population in order for the gene to be "set."


3. The Size and Reproductive Rate of the Population Matters

Lastly, these kinds of mutations happen at different speeds for different types of organisms, as Michael Behe deftly explained in The Edge of Evolution. For example, the E. Coli bacteria can have a population pool in the millions within a community. It divides every thirty seconds, allowing less than 20 years for researcher Richard Lenski to reach 50,000 generations.2 However, for higher primates, the population size is much smaller and they reproduce at a much slower pace. Human beings must achieve puberty before they can start having babies. This means that mutations are passed much more slowly.

So what happens when you take these various factors and put them all together into a computer model? Just how long is enough time to get a biologically advantageous mutation within a hominid population, that is an animal type that would eventually produce homo sapiens?

Interestingly, one point noted in the paper was that increasing population sizes to help point number three actually work against point number two by making the new genetic function more diluted within the population group and therefore less likely to become "set."

Overall, the paper is interesting and offers independent verification to the time problem Behe argued in The Edge of Evolution while using a completely different methodology. Make sure you take the time to read it.