What Isn't Being Talked about in the Pew Study 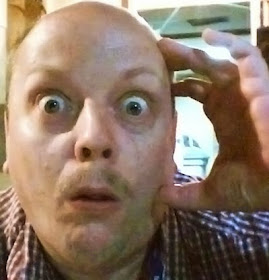 The recent Pew Study showing the decline of Christians within the population of the U.S. has generated headlines across the country. Entitled "America's Changing Religious Landscape," the report reaffirms what had been known for years, young people are losing their faith at a faster rate than ever before.1 The reports cites a nearly 8% decrease in people who identify as Christians. It also notes "The percentage of Americans who are religiously unaffiliated—describing themselves as atheist, agnostic or 'nothing in particular'—has jumped more than six points, from 16.1% to 22.8%.)" 2 That's a significant increase, and the movement away from all faiths, including Christianity is most prevalent in young people, aged 18-35. The fact is alarming, and I have both written about it and interviewed experts on the trend, including offering suggestions on how to stem the tide.

Yet, other facts emerge from the study to which we should also pay attention. One is the attraction and retention rates of other faiths. For example, the study shows that 65% of those who identify now as Jehovah's Witnesses were raised outside that tradition. That means two out of three Jehovah's Witnesses are converted to that faith. And a full 50% of those who are now JW came from either Protestantism or Catholicism.3

Because Jehovah's Witnesses hold to a strong belief in God's existence and the Bible being God's word, this sift is important to note. It isn't simply secularism or atheism that is drawing away people who were raised Christian, it is the search for definitive truth that is attractive, too. Imagine if Christians were so educated in theology that the heresies of the Watchtower Bible and Tract Society would be completely unattractive to them. The organization would be crippled.

The Watchtower relies on converting Christians to survive; if that well were to dry up, the organization could not continue. Because the JWs have not increased in adherents, its new converts—those that make up two thirds of the sect—are replacing those who have walked away from the Watchtower. They can't retain their followers, yet they are still attracting new adherents. Churches need to do a better job here.


The LGBT in Your Pew

Important insights on the religious beliefs of those who identify as homosexual or bisexual also should be noted. While the Pew survey shows that 4 out of 10 people who identify as unaffiliated, 48% identify as Christians. Even more importantly, a full 13% of those who stated they were either gay or bisexual identified themselves as not merely Christian but Evangelical Christian!4 So, how many churches have any type of ministry to these people? How many self-described LGBT have anyone they know that they can talk with about their struggles? How is the church lovingly evangelizing the person in the pew who is wrestling with their feelings?

These are just two of the interesting insights that paint a bigger picture of how crucial a new kind of evangelism and apologetics will become for the church. As kingdom-builders, we need to make sure we are not ignoring them. Apologetics and theology classes can keep Christians from believing the Watchtower's errors or the atheist's assertions. Offering ministry to those struggling with all kinds of sexual purity issues will play a more important role as the church faces an increasingly salacious society. Both can have the added benefit of stemming the loss of Millennials, who increasingly see the church as out of touch or irrelevant to today's problems. Let's not dwell on the one issue to the exclusion of others.