Atheists, Your Values Are Showing

The news report was startling. A group of children at Oakbrook Elementary School in wanted to do some good for those in their community who had little to nothing. So they raised some money to buy some groceries, planning on delivering them to the local food pantry, which is run by that giving food to the local food pantry, which happens to be run by Old Fort Baptist Church. 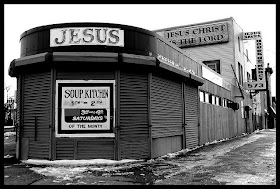 That's when the atheist group stepped in and put a halt to the whole thing.1 Representatives from the American Humanist Association (AHA) claim that the project is unconstitutional since the school is raising funds that will "the proceeds of which will go directly to an evangelical Christian Church" according to the letter AHA attorneys sent to the school district (emphasis in the original).2 They halted the project and the accompanying food drive by threatening legal action. The school is holding both the food and the funds for fear of litigation, so the local poor get nothing.

What's the real story here? Are the atheists so heartless that they would quash an attempt by school children to do good because it conflicts with their agenda? It seems so on the face of it. However, the AHA claims that they are not seeking to squash individual children from doing good, but that "there are innumerable ways in which the school can assist those in need that do not involve using public resources to promote a specifically religious agenda." They also claim "the fundraisers serve no secular purpose and constitute state-sponsorship of religion."3

The problem highlights how different worldviews can create different values.  Christianity has a deep and rich history of helping the poor, weak, and sick. Since the very beginning of the church, believers have sought to provide relief to those who could not do so for themselves, as exemplified by Jesus’ parable of the Good Samaritan among other teachings. Christians have covered the globe in reaching out with relief efforts while seeking to raise the literacy and living standard of the poor. Such actions have clearly proven to bear substantial fruit,, creating more stable, healthier, and better educated nations. Secularists like those who belong to the AHA share in these benefits jst as much as others from the results of Christian altruism. Certainly the public interest is served by such actions.

Representatives of the AHA have shown that their values center on blocking any act or effort at relieving suffering if that act or effort encompasses any public institution and any religious organization. Basically, they feel no amount of good that results from an action trumps the fact that public institutions and religious organizations may both be involved. What are the fruits of valuing secularism above compassion? Hurting people are not helped, food is not distributed, and school children are bullied into doing nothing.

Anyone who has argued with an atheist about the impossibility of moral values without God has probably heard the retort, “Are you saying atheists are immoral?” Of course, that isn’t the claim at all. Christians argue that objective moral values and duties exist, a fact that is easily discerned by a majority of people, and that without God, such values would be meaningless. I’m quite confident that there are many morally upright atheists living today. However, because atheism undermines the grounding of morality, it shouldn’t be a surprise when atheists place a premium on their absolute separation from historically Christian activities, such as feeding the poor. Jesus said “Every healthy tree bears good fruit, but the diseased tree bears bad fruit.” What kind of fruit is the AHA bearing here?