Has Science Found Consciousness in the Brain? 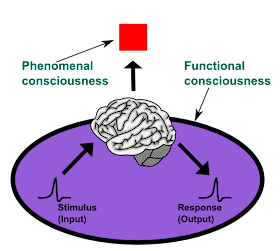 Yesterday, I talked about how brain imaging techniques could not read your thoughts. I said that it is not really possible to know which areas of the brain are responsible for discreet thoughts. Some may say, "Sure, we can't know exactly what thoughts people think, but we can certainly identify consciousness." It turns out that the brain doesn't have a true sign of consciousness. It has normal patterns that we see in most people, but as Dr Alva Nöe states, simply because there is a deviation from that pattern does not mean that the person is not conscious. He writes (The emphasis is mine):

Actually, things are more complicated. Although patients in the persistent vegetative state show markedly reduced global brain metabolism, so do people in slow-wave sleep and patients under general anesthesia. But sleepers and surgery patients wake up and resume normal consciousness, whereas patients in the persistent vegetative state rarely do. Remarkably, in the small number of cases in which brain imaging has been attempted in patients who have recovered from the persistent vege­tative state, regaining full consciousness, it would appear that global metabolic levels remain low even after full recovery. Moreover, external stimuli such as sounds or pinpricks produced. Significant increases in neuronal activity in primary perceptual cortices. Interesting new work by Steven Laureys and his col­leagues in Belgium indicates that vegetative patients show strik­ingly impaired functional connections between distant cortical areas and between cortical and subcortical structures. In addi­tion, they show that in cases where consciousness is recovered, even if overall metabolic activity stays low, these functional con­nections between brain regions are restored. These findings are important and point in the direction of a deeper understanding of what is happening in the brain in the persistent vegetative state.

But this doesn't change the fact that at present we are not even close to being able to use brain imaging to get a look inside the head to find out whether there is consciousness or not. Consider these simple questions: Does a patient in the persistent vegetative state feel physical pain—for example, the pain of thirst or hunger, or the prick of a pin? Does she hear the sound of the door slamming? We know she turns her head in response to the sound, and we know she withdraws her hand from the pin­prick. We also know that there is some Significant neural activity produced in primary perceptual cortices by these stimuli. Is the patient in the persistent vegetative state a robot, responding reflexively to stimulation, but without actually feeling anything? And, more important, is this something that brain imaging could ever help us decide?

We don't know how to answer these questions. It is disturbing to learn that so far there are no theoretically satisfying or practically reliable criteria for deciding when a person with brain injury is conscious or not. At present, doctors and relatives have to deal with these questions without guidance from science or medicine. For example, the press tended to treat the widely discussed case of Terri Schiavo as one in which science, armed with cold hard facts about the nature of Schiavo's brain damage, did battle with family members who were blinded at once by their love for their daughter and their religious fundamentalism. Sadly, science doesn't have the hard facts.1

It's interesting that we don't hear these kinds of nuanced explanations from the press when they cover such stories. We're led to believe that science will always have all the answers and that because the brain-imaging scanners make multi-colored maps we can really see inside the head. I appreciate Dr. Nöe's explanation and I think that it shows how cautious we must be when dealing with issues like consciousness. Tomorrow, I will talk more directly about what consciousness is and why it cannot be based on something physical. But for now, let us take some care before assuming that we've already got everything worked out. Such sentiments are more a sign of hubris than knowledge