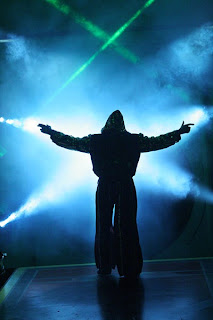 Since its inception, Christianity has had those individuals who sought to change its core teachings to fit some other model. Even during His sermon on the mount, Jesus warned, "Beware of false prophets, who come to you in sheep's clothing but inwardly are ravenous wolves. You will recognize them by their fruits (Matt.7:15)." Paul warned Timothy  of false teachers in 1 Timothy 1:3 and Peter warned the churches about false prophets in 1 Peter 2, saying that their false teaching would "secretly bring in destructive heresies" (1 Pet. 2:1).

Today, there are more groups than ever claiming to follow the real teachings of Jesus. Some claim that Jesus' teachings have been forgotten or corrupted and they have come to restore the true faith. Could this be? How can someone quickly and accurately identify false sects from true ones? Are there markers to identify these ‘ravenous wolves' who seek to devour the people?

False religious sects that claim Christian teachings seem to follow a pattern that has three common traits:
Over the next three posts, I'd like to look at each one of these in turn and see how they compare to those religious movements that claim to be the true revelation of Jesus and the Christian faith.


#1—A charismatic leader who claims to have unique authority to speak on God's behalf.

The first sign of a false sect is each has a leader who teaches with a bold authority, claiming to have the authority to speak on God's behalf. Mormon founder Joseph Smith claimed to be a prophet from God and said that all Christian denominations were wrong and "all their creeds were an abomination in his sight." The Christian Science church says that its founder, Mary Baker Eddy, "saw herself as having discovered the spiritual science behind Jesus' healing works." In 1917, the Watchtower magazine claimed that Charles Taze Russell, founder of the Jehovah's Witnesses movement, was the "faithful and discreet slave" that is spoken of in Jesus' parable in Matthew 24.  The Watchtower organization continues to claim only they fulfill this role even to this day.

The idea of God revealing some new doctrine to a single individual is antithetical to the New Testament.  Paul warns Timothy of this sign in 1 Timothy 1:6-7 when he writes, "Certain persons, by swerving from these, have wandered away into vain discussion, desiring to be teachers of the law, without understanding either what they are saying or the things about which they make confident assertions ." Notice how Paul describes these leaders as making confident assertions, but they really have no understanding.

In his first epistle, John writes, "That which was from the beginning, which we have heard, which we have seen with our eyes… that which we have seen and heard we declare to you, that you also may have fellowship with us; and truly our fellowship is with the Father and with His Son Jesus Christ.  And these things we write to you that your joy may be full." Here, John says that he and the other writers of the New Testament were reporting eyewitness events. John and Matthew were eyewitnesses themselves while Mark and Luke reported the eyewitness testimony of others. Paul claims to get his instruction from Jesus directly also (Gal. 1:6) and his writings are confirmed as authoritative by Peter (2 Pet. 3:15-16).

The model displayed in the New Testament contrasts that of the single person providing a new revelation. As the church is forming, we don't see one man independently claim to have God's "inside track", but the apostles as a group were given authority by Jesus to teach others about Him.  Jesus promised this very authority and insight to the apostles when He told them:

"However, when He, the Spirit of truth, has come, He will guide you into all truth; for He will not speak on His own authority, but whatever He hears He will speak; and He will tell you things to come. He will glorify Me, for He will take of what is Mine and declare it to you. All things that the Father has are Mine. Therefore I said that He will take of Mine and declare it to you." (John 16:12-15)

Jesus said the Holy Spirit will come upon all the apostles so they can authoritatively teach on Jesus' behalf. Even when matters of discernment or controversy come, we never see only one man proclaim a new teaching from God, but the apostles gather together, as in Acts 15, to discuss the matter and bring forth a full consensus.

The sign of one man claiming some unique revelation from God heretofore undiscovered is a clear hallmark of one who doesn't have the truth. The believers in Galatia fell for such a charismatic speaker, an action that made Paul write to them using the strongest possible language: "As we have said before, so now I say again: If anyone is preaching to you a gospel contrary to the one you received, let him be accursed" (Gal 1:9).

The essentials of Christianity are well-established. Anyone, no matter how charming or persuasive, who asks you to believe something different is distorting the teachings of the Bible and is leading others to death rather than to eternal life.
Lenny Esposito at 11:26 AM