Why is the Church Hemorrhaging Adherents? 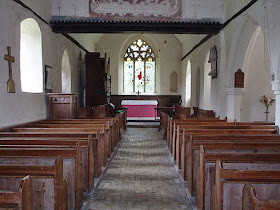 Fox News reported on their web site today that “Christianity is plummeting in America, while the number of non-believers is skyrocketing.” Entitled “Where Have All the Christians Gone?”, the story summarizes some finding from the American Religious Identification Survey which includes the following:
But these non-believers are not particularly atheist. These individuals have a belief in God but no interest in organized religion, or they believe in a personal God but not in a formal faith tradition.

The article goes on to draw a couple of conclusions from the survey, namely that attention in churches needs to turn from older people to the youth, who are leaving in droves and America remains a spiritual country, but organized religious institutions are fading as the way to draw closer to God. These are probably valid insofar as they go, but I wanted to add a couple of thoughts myself.

This is becoming more and more evident. It used to be that even if one wasn’t a true believer in Jesus, you would accept things like the Bible was a source of authority and the general principles of Christian morality were applicable for all people of the society. However, that’ s no longer true today. Moral relativism is becoming more and more prevalent. Accepted cultural norms are being challenged all the time. Marriage is being redefined. These show that Christianity is no longer the de facto worldview for many people and this means that more people will no longer label themselves as Christians simply because they live in a “Christian nation”.

2) Many people no longer classify themselves as Christians simply because they were raised in a church.

In the past, many people when asked what their religious affiliation was would look back on their childhood church experiences and say “Christian” since the church of their youth was such. But our culture is changing to one that is post-Christian, and people no longer see these childhood experiences to be valid in their process of self-identification. It is as much a by-product of the modern generations’ desire to forge their own identity as anything else. We don’t want to be forced to follow the crowd, but have been taught that we can be anything we want. People are taking that view seriously.

Declining attendance and membership at mainline protestant denominations is a fact that has been well-documented in recent years. Even as mainline groups become more and more liberal, those who continue to follow their teachings are becoming fewer and fewer. I personally believe that once you give up the concept of the Bible being the authoritative source of truth in spiritual matters, but try to shape Scripture to fit the moral framework of the existing culture, you’ve lost any need for church as a guide. Some people will continue with their affiliations because of the social services churches provide or the relationships the church fosters, but others can find those things in different types of institutions and therefore won’t need a church anymore.

Of course, given the above, it’s no surprise that many young people today will not see value in church at all and will stop going when they are first given the chance. Their social network provides them with interactivity and relationships. Also, I think kids get it when they see someone just going through the motions as so many in mainline protestant denominations are. Kids want absolutes. They want to know what’s right and what’s wrong. If our churches aren’t providing that, then they will be viewed by the younger generation as mere facades of authority.

5) Theology is for “professionals”

A big problem I see is the general ignorance of Christians to the basics of their faith. We live in a culture where all the information we would ever want is at our fingertips, but we’ve never felt it necessary to develop a critical mind in weighing it all. Talk show pundits tell us how to think on political or cultural issues, and Wikipedia passes for research. This is no truer than in the church, where we rely on our pastor as the paid professionals to study the Bible for us and then tell us what it says. This is a sin as we are commanded to “always be prepared to make a defense for the hope that is within you” (1 Pet 3:15). We should study and understand ideas like the nature of God, what the Trinity is, and what moral framework the Bible really does present. That means we will also need to understand proper ways to study the text – hermeneutics and exposition – so we can rightly divide the word of Truth. But that means work. Are we willing to study to show ourselves approved for Jesus?

I think as we continue to move to a post-Christian culture, we need to prepare ourselves to face some of the difficulties that the early church faced. We’re going to be challenged about our beliefs more. Our moral basis is going to be questioned. Ridicule and persecution will probably increase. And we’ll face more and more moral stances that deviate from what we saw as the norm. Lack of morality is what the world does – I’m not surprised at that. But just as the pre-Constantine church had to struggle to get their ideas across to a world that saw them as foreign, so we may also have to work harder at being better followers of Jesus - even if the opposition increases.