As we start the New Year, many people are looking to improve themselves in some way or another. Perhaps settling down with a good book would be one option. I generally find myself reading about four or five books simultaneously. Maybe it's ADD, but usually I pick up a title on a subject that interests me and I want to research some more, or I have proclivity toward a certain author. In any case, I thought I'd give you some lists of books that I am currently reading. In later posts, I'll probably go back and note some books I've recently read and would recommend. 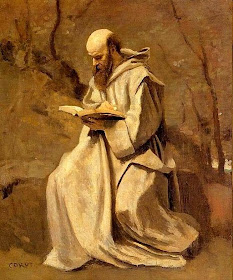 As you'll soon notice, most of the books on my list are nonfiction and generally deal with philosophy, Christianity, or apologetics in some way. This is merely out of necessity, given that I teach a class every month on a different subject and I simply need to do proper research on it. But don't be undaunted, as I'll try to include some "fun" titles along the way. Of course, you can always check out many different books at the Come Reason Resources page.

The Erosion of Inerrancy by G.K. Beale (Crossway, 2008) Many times evangelicals expect liberal theologians to doubt or water down the inerrancy of Scripture, but we hardly expect to engage in debate with fellow evangelicals. However, this assumption is unfounded as G.K. Beale, professor of New Testament at Wheaton Graduate School, demonstrates. The origin of the book was an article published in JETS, the Journal of the Evangelical Theological Society, where Beale responded to Peter Enns' book Incarnation and Inspiration. Here, he more fully develops the different arguments that we run across by scholars, both liberal and evangelical who seek a more "progressive" view of Biblical Authority. Kind of technical reading, but interesting.

Heretics for Armchair Theologians by Justo Gonzalez and Catherine Gunsalus Gonzalez (Westminister John Knox Press, 2008) I asked for this book for Christmas. It looked like an easy read (160 pages), and knowing that most Christian theological creeds were developed as a response to heresies creeping into the church, I thought it would be interesting the see how the Gonzalezes cover things. In fact the best way to understand just what the essential tenants of Christianity are and why we hold them is to study the controversies that the church wrestled with. I'm just into the second chapter and so far so good. This might be good starter book for those who want to jump into theology or apologetics.

Return to Rome: Confessions of an Evangelical Catholic by Francis J. Beckwith (Brazos Press, 2008) At my last trip to the ETS/EPS meeting I saw this for sale and quickly picked it up. For those of you who don't know, Dr. Beckwith is an apologist and philosopher who was the president of the Evangelical Philosophical Society until he resigned when returned to Roman Catholicism. Frank's a friend of mine (he's participated in a previous Dare to Defend conference that we put on) and careful thinker, and while I've heard him speak about some of his motivations to leave Protestantism for Roman Catholicism, so I was really interested in reading about his thoughts in more detail. So far, he's outlined much of his personal history and his understanding of what salvation is. I haven't gotten o the "juicy" parts yet, so we'll see.

Philosophia Christi (The Journal of the Evangelical Philosophical Society)Volume 10, Number2 - Responding to New Resurrection Challenges The EPS always puts out a great journal and this issue is no different. With over 200 pages of articles, reviews and scholarly debate, this will keep you up to date on the latest issues pertaining to philosophy of religion. It's targeted toward the scholar, so it's definitely not an easy read, but I found the focus topic interesting. Stephen Davis, William Lane Craig and Gary Habermas all responded to arguments brought forth by Dale Allison in his book Resurrecting Jesus. Great stuff to make you think.

Understanding Intelligent Design by William Dembski and Sean McDowell (Harvest House Publishers, 2008) This book was sent to me by the publishers and I'm glad they did so. Aimed at a high school audience it lays out the basic issues within the intelligent design debate in an easy to understand format; a great general primer. Can you read this book and argue all the nuances of ID? No - of course not. But it will give you a broad outline of the arguments and places to jump off to find out more.
Lenny Esposito at 2:52 PM